The effect of worm compost tea on Amaryllis

Hypothesis: The Amaryllis that receives worm tea weekly will do better than the one receiving just water.

Methods: We started with 2 identical Amaryllis hippeastrum bulbs. One was watered with worm tea, the other was watered with tap water. Both were planted according to package instructions and were placed on a south-facing window side-by-side. We documented growth for 1.5 months. Start 2/14/09

Results: The Amaryllis receiving worm tea grew faster, bloomed faster and the bloom lasted longer than the one receiving just tap water. Yes, our plant with the worm tea had 2 blooms, but I think that was just chance.

The photos tell it all. Try making some worm tea for your indoor plants. 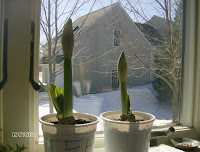 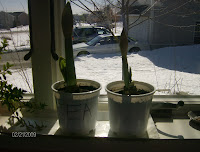 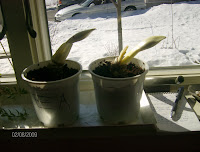 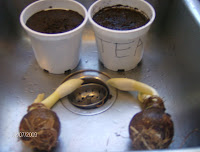