June 25, 2010. Forecast for nice weather, so I hiked Mt. Washington. I wore my heart rate monitor to see my effort.
Left home at 7:30AM.
9:45 AM started hike from Pinkham Notch (elevation 2022feet, 0 feet climbed, 4266 to go). Saw a young moose on Route 16 running up the road.
Chose Tuckerman Ravine Trail to Lion's Head Trail as my route.
Took brief breaks every 30 minutes. With longer snack breaks on the hour for a cliff bar.
45 min to big bridge over Cutler River. 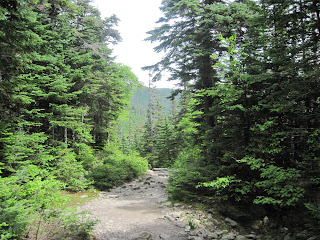 View from near Raymond Path break.
1 Hour to Raymond Path junction and a snack. My HR to this point right around 165BPM (93% max) with average at 157 (88% max). Felt OK, but certainly feeling it. Needed the snack. 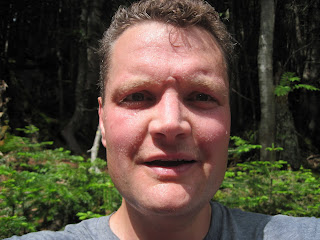 Here's how I looked at Raymond break point. Elevation approx 3700ft (so approx 1700 feet climbed) . It is like a long staircase that doesn't end...
Took a break at base of Lion's Head 1H15min. I've been here before and know that what comes will be a challenge. 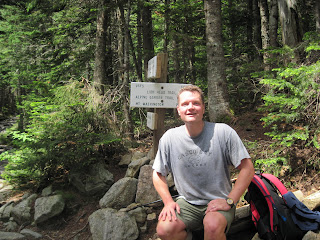 Base of Loin's Head
Views as I climbed Loin's Head were spectacular. 30 minutes to ascend from Lion's Head trailhead to the alpine zone and 10 minutes later, I was at the rest point. 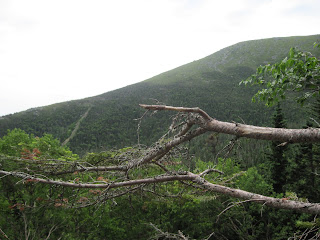 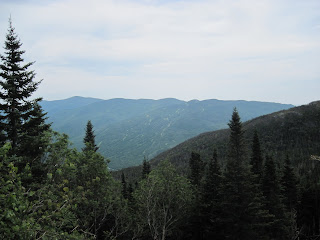 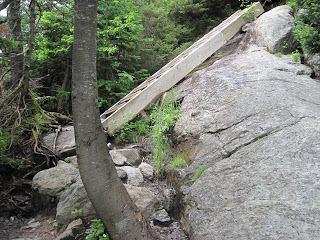 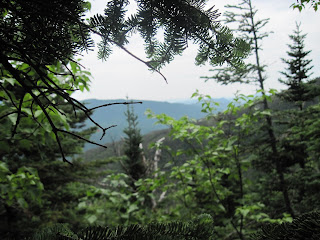 Looking East from base of stairs toward Wildcat. 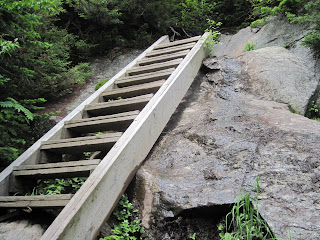 Up the stairs. Ascending Lion's Head is just up, up, up. 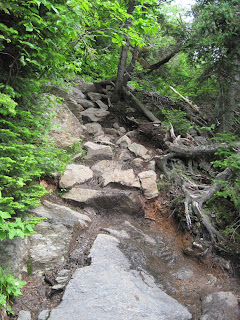 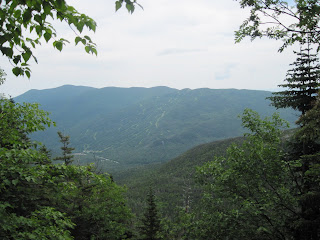 Now I'm about as high as Wildcat Mtn. 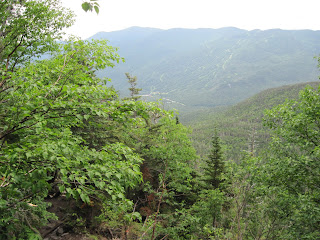 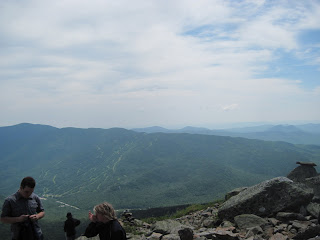 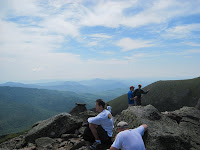 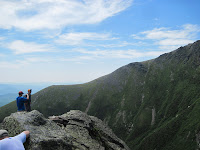 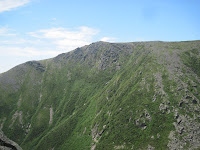 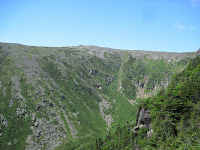 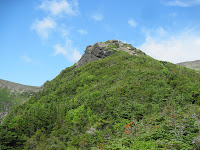 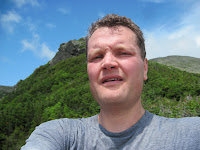 I was pretty tired at the rest point and looked a mess. Now that  the shade is gone,  I changed my shirt to a long sleeve sun shirt. Heart rate through the Lion's Head ascent above zone 3 (95-99% of maxHR).  In the photo with me, that's Loin's Head directly behind me and Mt' Washington summit in the distance over my left shoulder. Still quite far away.
Large crowd today once I hit the Alpine Garden. Tuckerman's Trail was supposedly closed, but people were climbing both up and down. 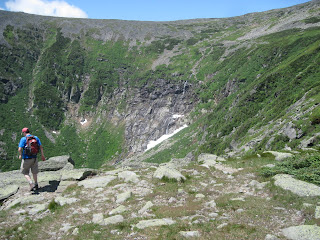 Someone with my courage than me checking out the cliff on the North side of Tuckerman Ravine. 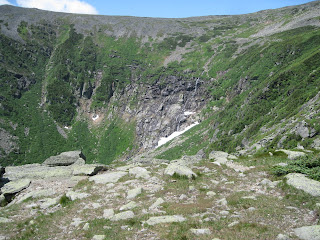 Snow on the Tuckerman Ravine headwall.
Took another break at the bottom of the summit cone and ate my second cliff bar.
Made it to the top at 3H8min. Average HR 153BPM (86%max) 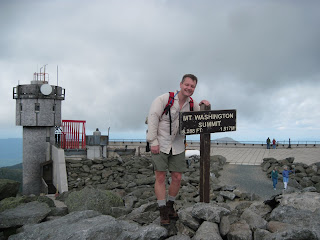 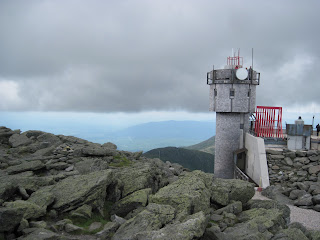 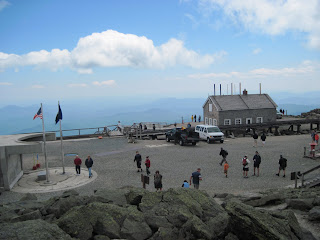 There were a lot of people at the summit. Most were in doors because of the cold wind. It was mid 40s with a stiff wind.
Spent about 45 minutes at the summit to eat (2 chili dogs) and refill my Camelback. 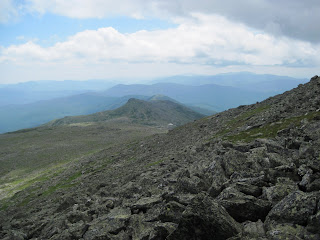 From summit cone looking south along Davis Path. That is the Lake of the Clouds and the AMC hut  in the center. 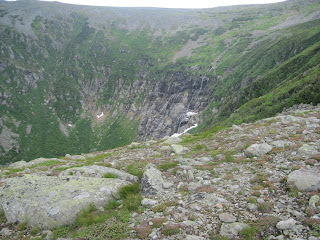 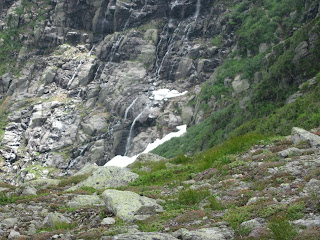 More of Tuckerman Ravine Headwall with snow and waterfalls.

Mark
Posted by WormMainea at 10:32